While the Lebanon-based Iranian proxy Hezbollah terror organization is growing in its worldwide influence, it is slowly being squeezed into isolation in the Arab world.

Both the Beirut Arab satellite operator “Nilesat” and “Arabsat” have cut their transmissions of the Al-Manar television channel.


Al Manar is the official media outlet of Hezbollah.

For the time being, Hezbollah is carrying on its media activities via the Russian satellite, broadcasting on RT Arabic (Russia Today), according to telecommuncations expert Tony Hayek, who was quoted by A-Sharq Al-Awsat, owned by Saudi Arabia.

The group itself has also been squeezed out of Arab brotherhood organizations, largely through the efforts of Bahrain and Saudi Arabia, which withdrew a significant sum for military aid from Lebanon this year.

The Gulf Cooperation Council and then the Arab League as well both officially declared Hezbollah to be a terrorist entity. The declaration carries severe implications financially as well as socially for members of the group when they travel abroad and in terms of their banking affairs.

Hezbollah is listed as a terrorist organization in the United States, the European Union, the United Kingdom, Canada and Israel. However, the EU and UK make a distinction between the group’s military and “political” wings.

The Saudi-owned newspaper, which is based in London, carried a satiric cartoon about the Iranian proxy group earlier in the month. According to a report by the newspaper its Beirut offices were targeted by a gang of unnamed attackers.

The vandals broke into the offices of the newspaper in Lebanon, and wrecked the premises. Seven of the attackers are currently being held by authorities; an eighth is still at large. Trial of the detainees set to begin Monday, A-Sharq Al-Awsat reported.

Even as its star may be fading in the Middle East, however, Hezbollah is growing new tentacles elsewhere in the world.

A Hezbollah terrorist cell in Europe was recently arrested by the U.S. Drug Enforcement Agency for drug trafficking and money laundering.

The terrorist organization has established business relationships with a number of drug cartels in South America, according to DEA acting deputy administrator Jack Riley.

Hezbollah has been known for years to be running operations through Mexico as well. 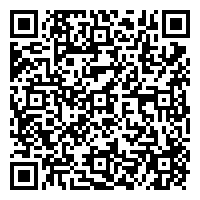