Rita Gam, one of the last surviving cast members of a controversial 1940s Zionist play, passed away recently at age 88.

Gam made her theatrical debut as a minor character in “A Flag is Born,” a Ben Hecht play that opened on Broadway seventy years ago this fall. The play was intended to stir up American public support for the cause of creating a Jewish state in British Mandatory Palestine but it ended up also playing an unexpected role in promoting racial desegregation in the United States.

With Holocaust survivors languishing in European Displaced Persons camps and the British permitting just a trickle of Jewish immigration to Palestine, Hecht conceived of the idea of using Broadway to promote the Zionist cause.

The play was produced by the Bergson Group, a Jewish activist committee with which Hecht was active. The group’s leader, Hillel Kook (better known as Peter Bergson), would later become a member of Knesset.

The play featured Yiddish theater stars Paul Muni and Celia Adler as elderly Jewish refugees making their way across postwar Europe. In a cemetery, they encounter a fiery young Zionist, played by 22 year-old Marlon Brando in one of his earliest major acting roles. Brando’s impassioned monologues about the need for a Jewish state form the emotional centerpiece of the play.

American theater critics were for the most part strongly impressed. Walter Winchell, for example, wrote that “Flag” was “worth seeing, worth hearing, and worth remembering…it will wring your heart and eyes dry…bring at least eleven handkerchiefs.”

British critics, on the other hand, were appalled. The London Evening Standard denounced it “the most virulent anti-British play ever staged in the United States.”

Audiences loved it. Some years ago, I interviewed Victor Navasky, now publisher emeritus of the political weekly The Nation, who as a teenager had been an usher at some of the Broadway performances of “Flag.” Part of his job was to pass around a bucket for contributions to the Bergson Group.

“The buckets were always full,” Navasky told me. “The audiences were extremely enthusiastic about the play’s message.” He said that for him, too, “it was a political awakening about the right of the Jews to have their own state.”

Ms. Gam’s husband at the time, Sidney Lumet, served as Brando’s understudy. After “Flag” completed ten sold-out weeks at Manhattan’s Alvin Theater (now known as the Neil Simon Theater), it took to the road, but Brando’s other commitments precluded him from continuing, so Lumet took over for the out of town performances.

In an interview with the Baltimore Sun prior to the opening of “A Flag is Born” in that city, Lumet said that the fight to rebuild the Jewish homeland “is the only romantic thing left in the world – the homecoming to Palestine, the conquest of a new frontier, against all obstacles.”

The actors were not merely doing their job, but felt strong sympathy for the Zionist cause. They performed for the Screen Actors Guild minimum wage, as a gesture of solidarity with the Bergson Group’s efforts.

The play was scheduled for Baltimore’s Maryland Theater, but just days before its opening, Hecht and the Bergson Group learned that the theater compelled African-Americans to sit only in the balcony. Hecht alerted the local NAACP and the two groups delivered a one-two punch: the NAACP threatened to picket, while a Bergson official announced he would bring two black friends to sit with him in the main seating area.

The theater’s management gave in. African-American patrons were allowed to sit wherever they chose at the Baltimore performance of “A Flag is Born,” which took place, fittingly enough, on Abraham Lincoln’s birthday.

NAACP leaders called the episode “a tradition-shattering victory” and used it as a precedent to help bring about the desegregation of other Baltimore theaters in the years to follow.

“To fight injustice to one group of human beings affords protection to every other group,” Hecht declared. For Hecht and his Bergson Group colleagues, the fight for civil rights in Baltimore was no less important than their fight for Jewish rights in Palestine.

Ms. Gam and Mr. Lumet were divorced in 1955. After “Flag,” Gam made what The New York Times called “her eye-catching Hollywood debut” in the 1952 wordless thriller “The Thief.” That role landed her on the cover of Life magazine, which hailed the actress, and earned her a Golden Globe nomination for New Actress of the Year. She appeared in numerous major films in the 1950s and 1960s, and later took up documentary film making. 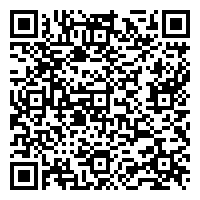