For the first time, the United States has become involved in the Syrian civil war in a close-up, personal, intimate way. An American citizen-turned-suicide bomber for Al Qaeda attacked a Syrian government complex on Sunday in the northern Idlib region.

News of the attack was posted on radical Islamic websites by the Al Qaeda-linked Jabhat al-Nusra( Al Nusra Front) terrorist organization. It was also tweeted around the English-speaking world on Tuesday via the Twitter social networking site.

Recently Al Qaeda had promised an attack from an “American,” according to CBS News. The words “al-Amriki” mean, “the American” in Arabic. U.S. officials have identified the terrorist’s legal name although they refuse to release that information to the public. He is believed to be the first American suicide bomber to strike in Syria.

The FBI told media that several dozen other Americans have also gone to Syria to join in the fighting.

Numerous photos have been posted on Twitter from various sources — most are re-posts from Jabhat al Nusra, actually — showing the aforementioned young bearded man all dressed up in his go-to-bombing suit, complete with explosives vest. There’s a shot of the huge bomb-laden truck he allegedly drove to his destination.

The saddest and most ironic is the one with him holding a half-grown kitten standing in front of a black and white sign written in flowing Arabic script that reads, “There is no God but Allah and Mohammed is His Prophet,” – the rallying cry of all radical Islamist groups. That one is attached to the photos that show the subsequent results of his handiwork. 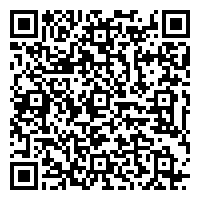