With nearly all the votes counted, el-Sisi has won 95.3 percent, with leftist opponent Hamdeen Sabahi taking 4.7 percent. The data comes from the Egyptian Center for Public Opinion Research and the Egyptian TV channel MBC Masr.


Some 25 million Egyptians managed to make it to the polls by the end of the three-day extended voting period, according to the state-run Al-Ahram Online news service. Both candidates filed complaints against the decision to extend the voting by an extra day.

The Human Rights Watch agency also complained, issuing a statement saying, “The mass arrests of thousands of political dissidents, whether Islamist or secular, has all but shut down the political arena and stripped these elections of real meaning.”

El-Sisi removed his predecessor, the Muslim Brotherhood-backed Mohamed Morsi, last June after he had spent one year in office. That year resulted in an Islamist parliament and a tourism industry torn apart by fears over limits on alcohol, music, dress codes and more.

The economy, already limping after the January 25 Revolution in 2011 toppled the government of former President Hosni Mubarak, crashed. And thousands took to the streets to protest when there was no improvement in any sector month after month from the new regime.

When the figure hit the million mark, el-Sisi stepped in, removing Morsi and installing a provisional governing council with representation from across the political spectrum and an interim president. The Muslim Brotherhood was also invited to send delegates – but refused and instead sent its people into the streets, where clashes escalated to more violence.

Eventually more than 600 were killed in the clashes between police and protesters, and thousands were injured. Ultimately the Muslim Brotherhood was banned as a political organization, as it was in earlier years by the Mubarak government, and its leaders jailed.

El-Sisi also poured police and other security personnel into the Sinai Peninsula to put a stop to the flood of terrorists ‘immigrating’ to the region to establish new bases there. He also ordered the Egyptian army to seal the smuggler tunnels with which Gaza terrorists were ‘importing’ weapons and other contraband under the border from Iran and elsewhere.

The issue now is whether the new administration under Abdel Fattah el-Sisi will have the tools and the legitimacy it needs to restore order and peace to a nation wracked by rage, violence and poverty for so long. 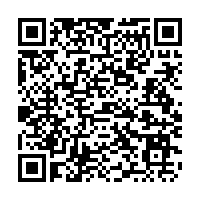