(Monday, 26th October 2015) Yesterday, Anousim (descendants of forcibly converted Spanish and Portuguese Jewish communities) held solidarity marches around the world in the face of the wave of terror attacks in Israel.

Events included in Recife, Brazil, and El Paso, Texas, two places with high concentrations of Anousim. In Recife, the march began symbolically outside the Kahal Zur Israel Synagogue, considered the oldest synagogue in the Americas, built around 1636.


Many adults and children held banners and waved Israeli flags in order to express their full support for the legitimate right of Israel to protect its civilian population.

“We Anousim in Recife march in favor of peace and Israel, to express solidarity with the State of Israel and our Jewish brethren who are currently under attack from Palestinian terrorists, as well as expressing ourselves publicly, in order to give visibility to the Brazilian and international Anousim issue. Particularly towards having our rights recognized and finally to return to being an inseparable part of the people of Israel, “said Jefferson Linconn, one of the organizers of the event in Recife.

Ashley Perry (Perez), President of Reconectar, an organization facilitating a reconnection between the descendants of Spanish and Portuguese Jewish communities and the Jewish world, spoke about the importance of these events.

“Expressing solidarity with Israel is a important part of the Anousim identity and it is vital that the love and affection they have for Israel and the Jewish People is returned,” said Perry, who was in contact with some of those who helped organize the events. “Our people are reconnecting every day around the world in their thousands and we call on Jewish religious and lay leaders and individuals to put out their arms in a warm embrace to these people who have overcome so much historic oppression and are now seeking to reconnect.”

Perry is also the Director General of the official Knesset Caucus for the Reconnection with the Descendants of Spanish and Portuguese Jewish Communities, chaired by MK Robert Ilatov, that recently held its first meeting attracting over 300 political, religious, diplomatic and Jewish organizational leaders from Israel and all over the world.

Yom Kippur and the Hidden Jews

Beyond the Matrix – Why Are So Many Hispanic’s Wanting to Convert? [audio] 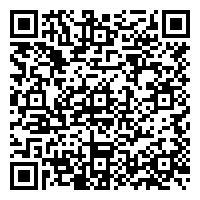