The leftist Green Part in Switzerland has invited Yehuda Shaul, leader of the anti-IDF Breaking the Silence group, to speak in the parliament a week after the government funded his exhibit that charges the military with human rights violations.

The Israeli Foreign Ministry last week failed to cancel the Breaking the Silence exhibition, which it said has the ” sole purpose to tarnish the image of Israel’s …and Israel’s image.”


The Swiss Foreign Ministry shelled out $25,000 to help Breaking the Silence stage the exhibit and justified its action as a “commitment to increasing dialogue about human rights.”

Yehuda Shaul is as an Orthodox Jew in Jerusalem but has stated he was Not raised as an Israeli.” His agenda is clearly leftist, and he states on the Breaking of Silence website:

Moral values disintegrate, that’s inherent in these circumstances and you can’t both be there and not be there. Occupation is an equation. Soldiers dominate civilians. It starts with what I talked about and ends with what we don’t want to listen to, yet we must because our society is an occupying one, and our soldiers are doing these things in our name.

Shaul founded Breaking the Silence, which is generously funded by the leftist New Israel Fund, and he has recorded allegations by anonymous soldiers of indiscriminate fire at Arabs in Gaza during last summer’s Protective Edge counter-terror campaign.

Ten Swiss parliament members strongly opposed last week’s the exhibit and stated, as translated and published by The Jerusalem Post:

Disinformation and the political ideology of hatred are being directed against the Jewish state and, of all things, it is shameful that Switzerland, on whose soil the nucleus of peaceful political Zionism developed in Base at the First Zionist Congress in 1897, is participating in such activities.

Israeli pressure so far has not stopped the Green Party, which issued an invitation to Shaul to speak in the parliament to speak.

IDF Reservists last week appealed to Hotovely and Prime Minister Binyamin Netanyahu to stop the exhibit and said they also “will not remain silent in the face of an organization that retries to degrade the IDF.” They should form a group and call it “Breaking the Slander.”

The Breaking the Silence report is ammunition for BDS. Its 237-page report titled “This Is How We Fought in Gaza” is full of anonymous testimonies form 60 soldiers among tens of thousands who were called up during the war.

NGO Monitor has charged Breaking the Silence with making “sweeping accusations based on anecdotal, anonymous and unverifiable testimonies of low-level soldiers.” It added:

These ‘testimonies’ lack context, ignoring the fact that during the 2014 Gaza war heavy fighting took place between Israel and terror groups in Gaza, and that soldiers faced grave danger throughout the conflict from rockets, mortar shells, and terrorists emerging from tunnels dug beneath private homes. These distortions and erasures dovetail with BtS’s ideological agenda and fuel delegitimization campaigns against Israel.” 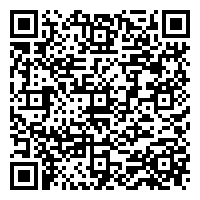