Sears is one of those generations-old U.S. retail department stores that the average American associates with Mom and apple pie. So imagine the shock when a reader reported seeing an image appear on Facebook of a “Free Palestine, End Occupation” tee shirt, being sold on the Sears website.

Sadly, upon investigation it turned out to be true. A diverse line of “Free Palestine” shirts marketed by two separate companies — Spreadshirt and City Shirts — is now being featured on the marketplace website of the Sears Company.

Both companies are selling the shirts in various styles with pictures of a fist featuring messages like, “Free Palestine End Israeli Occupation” and “Free Palestine Free Gaza.”

Some of the logos even say “Free Palestine” laid over a map of the entire State of Israel … hmm, it looks like the company thinks it’s not Israel for some reason, clearly having made the Jewish State disappear.

In any case, all of the shirts feature various logos in colors of the flag of the Palestinian Authority.

Media has been reporting for the past several months that Sears is quietly going out of business. The company announced in January of this year that it is closing 150 of its Sears and Kmart stores around the United States; but that list has now grown to at least 180, according to USA Today.

The firm continues to operate some 1,400 of its stores thus far, but it’s no secret that the company is facing major financial difficulties, having reported more than $2.2 billion in losses last year alone.

Perhaps Sears feels that alienating millions of potential Jewish and Evangelical Christian customers will help regrow its business base? 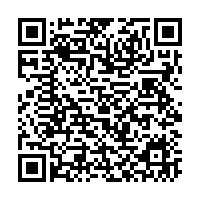