A dozen anti-Israeli students barged into a lecture hall at the University of Sydney this week and accused the guest lecturer from Britain of supporting genocide because he has strongly defended the IDF’s counter-terrorist campaign against Hamas.

Retired British army Col. Richard Kemp was speaking when the students burst into the hall and screamed, “Richard Kemp, you can’t hide, you support genocide.”


Security guards had to use force to remove the students.

“Kemp was giving a lecture about ethical dilemmas of military tactics and dealing with non-state armed groups,” the Australian Jewish News reported.

The YouTube below shows that the audience was from appreciative of the violent disruption.

Professor Jake Lynch, the director of the Center for Peace and Conflict Studies at the university, shouted in the faces of students and screamed that attempts to remove the protesters was a violent attack on freedom of speech by security guards, AJN reported.

This protest was about my perspective on the IDF. I was in Israel during the 2014 summer conflict and I do believe that the IDF in their attack on Hamas in Gaza … were doing everything they could to protect civilians … people have told me I am wrong, but no one has told me what more steps Israel could take to minimize civilian casualties.

The Australasian Union of Jewish Students (AUJS) said the protest was a deliberate attempt to intimidate Jews in the audience, and described it as an “aggressive attack on the academic pursuit of knowledge and information, as well as free speech.”

“AUJS thoroughly condemns the highly aggressive tactics used by the purportedly ‘pro-Palestinian’ protestors to intimidate audience members and impede on their right to listen to a public lecture given by a highly respected expert, who happens to disagree with their view of the world,” AUJS national political director Julian Kowal said.

AJN added, “AUJS called on the university to ‘have all options available in deciding how to discipline Professor Lynch’, who it said intimidated Jewish students by hurling verbal abuse and filming them without their permission ‘after he was repeatedly asked to stop.'” 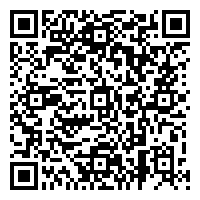