EU Ambassador Lars Anderson Faborg has been meeting with Israeli officials and warning them of the price Israel would surely pay should the peace talks fail. Faborg told reporters that Europe was eager to expand its cooperation with Israel, but the latter would find itself more and more isolated economically should settlement construction continue and the talks with the Palestinians fail as a consequence.

The ambassador added that every time Israel announces another construction plan on the wrong side of the green line, the demand to boycott Israeli products in Europe catch more speed. The settlements, he emphasized, are a stumbling block to peace.


The ambassador was not asked and so did not state what would happen if the talks fail over something else? For instance, the right of return of Palestinians vaguely related to the original, mostly dead by now, 1948-49 refugees. Or the status of Jerusalem as the united and eternal capital of Israel and no one else. Will the Europeans then also boycott Israeli stuff?

Is there any Israeli objection to Palestinian demands which would not be followed by a European boycott?

And will the boycott include products made by Palestinians, in businesses owned by Jews – or will there be a selection system? Because if they’re thinking of a Jewish selection system, there’s at least one senior EU member that’s already developed that one into a science…

To remind you, the deal at the start of the talks between the Israelis and the Palestinians was: Israel sets free small increments of Palestinian murderers, and in return, Israel would be able to add a limited number of housing units, primarily in East Jerusalem, but also in the settlements.

How many Jewish homes in Judea, Samaria and East Jerusalem constitute an offense against peace, you might ask. There is no official answer to that. To the best of my knowledge, there is no number of new (or improved) Jewish homes about which our concerned friends in Europe and America, never mind the UN and the rest of the planet, would say: OK, let them have this one, after all, it’s only… five homes?

In comparison, Israel has offered a real answer to the question of what number of murderers would it consider small enough so its negotiators could sell it at home as acceptable. The answer is 26. The folks in front of the TV screens in Israel are willing to stay home and not rally (unless you call seven women and an odd looking Haredi guy in front of Bibi’s house a rally) if only as many as 26 killers are let go.

So, can we get to build 5 homes without Europe dumping its supply of Pesek Zman candy in the dumpster behind their Brussels headquarters?

So, if you’re transferring this into a mathematical equation (I have a daughter studying for the SATs, so I’m into it right now), the answer would be, using ANJH for Acceptable Number of Jewish Homes: ANJH < 5.

The watch dog is Peace Now, which has been doing a fantastic job documenting Jewish life in the historic Judea and Samaria. Out of an essentially antisemitic drive, these children of the Secular Ashkenazi Junta (SAJ) have amassed a wonderful archive depicting the renewal of the Jewish conquest of our homeland—God bless them.

According to the Peace Now pack of watchdog, the new plan for illegal Jews includes 256 housing units in the Nofei Prat settlement, “located deep in the occupied West Bank.” 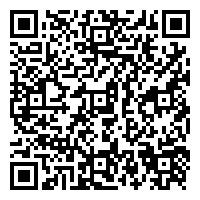