(JNi.media) According to Israeli security forces, the Arab gunmen approached the car between Itamar and Elon Moreh in Samaria, and shot Rabbi Eitam Henkin and his wife Na’ama (Eitam is a US citizen)—at close range. The description came from the couple’s four children, ages four months to nine years, who were in the back seat. The assumption is that the terrorists did not notice children.

The US State Dept. issued a statement saying “the United States strongly condemns the terrorist attack that took place late Thursday evening in the West Bank. The shooting resulted in the death of an Israeli couple who were driving with their young children. We extend our condolences to the victims’ family. We urge all sides to maintain calm, avoid escalating tensions in the wake of this tragedy, and work together to bring the perpetrators to justice.”


A large demonstration is planned for 11 AM at the Tapuach junction in Judea and Samaria—to coincide with the funeral of the murdered parents in Jerusalem. Through the night there have been clashes between Jews and Arabs in Judea and Samaria, even as security forces were circling local villages, looking for the suspects.

Rabbi Eitam is the son of Chana Henkin, founder of the Nishmat Institute for Advanced Jewish Studies for Women in Jerusalem. Eitam’s father is Rabbi Yehuda Henkin, a posek (scholar of Jewish law) and author of the four volume set of responsa, Bnai Banim. The Henkins are a scion of Rabbi Rabbi Yosef Eliyahu Henkin, a prominent Orthodox rabbi in the US in the first half of the 20th century.

“The scene was very hard to watch,” paramedic Boaz Malka told NRG. “We saw a car in the center of the road, with a man in his thirties lying next to it with upper body injuries. In the car, a woman, also in her thirties, also with serious injuries to her upper body. They showed no signs of life, and unfortunately we had to pronounce them dead on the spot.”

The United Nation’s Office for Humanitarian Affairs (OCHA) documented fourteen Arab attacks which resulted in injury to Jews between Sept. 15 -28, the most violent week since February. Arabs have been responsible for the deaths of four Israelis in Judea and Samaria this year, according to OCHA.

Al-Aqsa Martyrs’ Brigades, the military wing of Fatah, claimed responsibility for the couple’s murder. A spokesman for Hamas’ military wing in Gaza, welcomed the murder and said it’s a natural reaction against the “Israeli crimes,” adding that this attack is just the beginning.

In a special statement to the media, hours after his speech at the UN General Assembly in New York, Israeli Prime Minister Benjamin Netanyahu said late Thursday night that the attack was “a result of Palestinian incitement that leads to terrorism and murder.” He added that “the killers knew they were murdering a father and a mother, because their children were there. This is a difficult day for Israel. This is an especially brutal murder.” 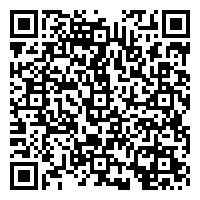