Arab media sources reported Monday morning that an early AM IDF raid of the Aida refugee camp north of Bethlehem turned into a violent confrontation with local Arabs. IDF forces used live fire and stun grenades. The force arrested a Palestinian terrorist who hadn’t shown up for an interrogation.

According to Israel Radio, Israeli security forces also raided the Al Aiza camp nearby and blockaded a local resident’s home.


The night before, Israeli forces detained at least 11 Arabs and summoned others for questioning — including the head of a prisoners’ rights center — in multiple raids across Judea and Samaria.

In the village of Dura Israeli forces issued a summons to former prisoners Jaber al-Rajoub and Zaid Abu Fannar, and the head of the Palestinian Prisoners Center for Studies Osama Shahin.

On Sunday a Shabak representative reviewed the security situation for the Netanyahu cabinet and noted a sharp drop in “significant” terrorist attacks in March 2016. There were 18 serious attacks last March, as compared with 78 such attacks in October 2015.

According to the Shabak official, the main reason for the relative decline in violence are the regular raids by the IDF on suspects’ homes, followed by interrogations and the application of the collected intelligence to thwart terrorist plots on the ground. 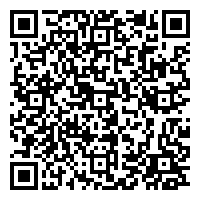