A naturalized American citizen who immigrated from Jordan in 1995 could be deported from the United States for lying about her conviction for the 1969 bombing of a Jerusalem supermarket, in which two Israelis were killed.

Rasmieh Yousef Odeh, 66, was arrested Tuesday in her suburban Chicago home on immigration charges and appeared in federal court in Chicago.


She faces up to 10 years in prison for lying about her past in order to immigrate and could be stripped of her U.S. citizenship.

She was convicted in Israel in 1970 and sentenced to life in prison for her participation in the 1969 bombings of a Jerusalem supermarket and the British consulate. The bomb that exploded at the supermarket during the heavy Friday crowds killed two and injured several others, and a second bomb planted at the consulate failed to detonate.

The attacks were planned by the Popular Front for the Liberation of Palestine, designated as a terrorist organization by the United States in 1995.

Odeh was released from prison in 1980 in a prisoner exchange between Israel and the Popular Front in which Israel released 76 prisoners in exchange for an Israeli soldier captured in Lebanon.

On her application for immigrant status, Odeh stated that she had lived in Amman, Jordan from 1948 onward, she also answered no to a question that asked if she had even been arrested, convicted or been in prison, and if she had ever been the beneficiary of a pardon or an amnesty.

Odeh works from an organization that helps new Arab immigrants, and its director Hatem Abudayyeh told the Associated Press, “She is a leader in the community — a stalwart, an icon… We are very, very angry.”

It was not clear why they are angry, but there probably are more than a few Chicagoans who are angry at federal authorities for having allowed a former terrorist, who denied her past, to live under their noses. 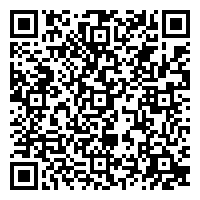