It is not easy being a normal, law-abiding and working Arab these days.

A Hebron Arab who works at a Hareidi yeshiva in Jerusalem has been disguising himself as a Chassidic Jew because of fear of revenge for the wave of attacks on Jews, the Hebrew-language newspaper Yediot Acharonot reported.

The ruse was working nicely, but the man, who was identified as “Nasser,” eventually agreed to his family’s appeal to stay home until things calm down.

He works in the Jerusalem neighborhood populated mostly by Belz Chassidim. Nasser asked his Hareidi friends to give him some clothes that he could wear to make it appear he really is a Hareidi Jew. They also took a picture of him to testify to the atmosphere of fear, on all sides.

Nasser wore a white “tallit katan” and large kippa, but his family in Hebron was worried about the security situation. They also feared that he might be caught up in a manhunt by police after a terrorist attack.

The IDF has clamped a curfew on several Hebron areas, and Nassser told the newspaper he decided to stop working. However, he is worried because he “doesn’t know if they [the yeshiva] have a replacement.”

In any case, he says he has to get back to work as soon as possible. 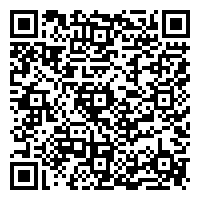