His remarks directly contradict President Barack Obama, who has said the United States will not have any “boots on the ground” in Iraq and Syria. They also reflect the Obama administration’s concern that Russia has become the one and only Western power broker in the Middle East, filling the vacuum that President Barack Obama has left open by discarding opportunities to take the lead.

We won’t hold back from supporting capable partners in opportunistic attacks against ISIL, or conducting such missions directly whether by strikes from the air or direct action on the ground.

Last week, U.S. soldiers participated with Kurdish forces to free hostages held by ISIS in northern Iraq, but the Pentagon said that the maneuver did not mean the United States was putting “boots n the ground” in the country.

But Carter has said that there probably will be “more raids of this kind and that the rescue mission “represents a continuation of our advise and assist mission.”

In simple English, the United States is putting boots on the ground in specific operations, for the time being, in the war against ISIS, but the White House is saying it isn’t. 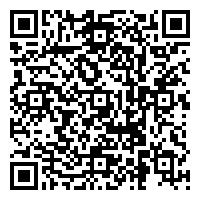