Joseph’s Tomb, which is located in Nablus, a Palestinian Arab-controlled town, was torched over Shabbat. The Hebrew name of the town is Shechem. According to the Book of Joshua, 24:32, “The bones of Joseph which the children of Israel brought up from Egypt were buried in Shechem in the portion of the field that had been purchased by Jacob.”

This is only the latest torching of Joseph’s Tomb by Arabs, even though Joseph is a prophet, according to Islam.

After the 1967 Six Day War, Israel regained access to the site of the Tomb, and in the 1980’s a Jewish seminary was built there. A small military outpost was also placed at the site, in order to protect the Jewish students. But following the Oslo Accords, the surrounding area was handed over to the Palestinian Arabs, while Israel retained authority over Joseph’s Tomb.

When fighting broke out between Israelis and Arabs in the area in October, 2000, six Arabs and one Jew were killed in a battle which took place at the Tomb. Israel then agreed to withdraw from the area and handed over control to the Palestinian Arabs who were expected to guard it. Instead, when the hand-off took place, on October 7, the Arab police watched as their people destroyed the Tomb. They rioters burned books, shtenders and other religious paraphernalia, and defiled the Tomb.

In 2011, a nephew of Israeli Knesset member and culture and sports minister Limor Livnat, Ben-Joseph Livnat, was murdered by Palestinian security forces while visiting Joseph’s Tomb. Four other Israelis were wounded. Palestinian Arabs set Joseph’s Tomb on fire, and they also attacked the funeral procession of Ben Joseph Livnat with rocks.

Joseph’s Tomb has been attacked by Arabs several more times since that time, including the latest arson over Shabbat.

Here is a video of the most recent torching of Joseph’s Tomb which took place in the context of rapidly escalating violence between Palestinian Arabs and Jews: 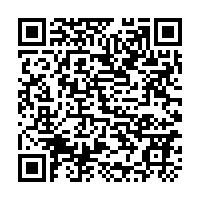