A Druze mob attacked an IDF military ambulance on Tuesday evening in the village of Majdal Shams in the Northern Golan in Israel.

The IDF ambulance was transporting 2 wounded Syrian to an Israeli hospital — and according to Channel 10 Israel TV, the 2 were beaten to death by the mob.


An IDF doctor and driver were lightly wounded by the mob.

Some of the Majdal Shams Druze are pro-Syrian (they are concerned that eventually Israel will leave the Golan and if they aren’t pro-Assad they will be slaughtered), and they are angry that Israel is providing medical aid to rebel forces, in addition to the daily death count of the bloody civil war in Syria.

The IDF has increased security at Israeli hospital beds where wounded Syrians are receiving medical care, due to concerns that Druze will attack the wounded in their beds.

At least one of the Syrians being transported tonight has been confirmed as being killed by the lynch mob. 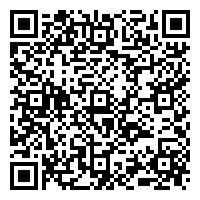