A group of Arabs took advantage of the “secure olive harvest,” and under IDF and police protection given to the Arab pickers, against local Jewish residents, managed to penetrate a military post at the Mitzph Yitzhar neighborhood in Samaria and smear it thoroughly with hate graffiti and with the age-old equation of Star of David equals swastika.

The Yitzhar community was surrounded this past week with Arab olive pickers, each protected by Israeli security forces against the “evil settlers.” And so some of them expressed their gratitude by completely defacing the post manned by their chivalrous defenders, with compliments such as “Death to the Jews,” “Land of Palestine” and, of course, the swastika.

This is not the first time local Arabs have taken advantage of the Jewish protection they receive against their Jewish neighbors. In the past they threw rocks at Jewish cars and even stabbed and IDF soldier near the community of Talmon.

“We view this penetration seriously, because it could have ended in a much more tragic way,” said Yitzhar Secretariat Chairman Uriah Cohen. “The so called secure harvest has proven time and again to be life endangering; this farce must end, once and for all.” 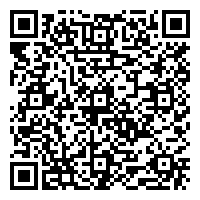