Arab vandals on Saturday uprooted and stole dozens of saplings that were planted on Friday in Gush Etzion in memory of terror victim Ori Ansbacher.

Israelis from the community of Nokdim planted dozens of trees in memory of Ori Ansbacher, who was murdered by an Arab terrorist on the outskirts of Jerusalem earlier this month.

While planting on Friday, they were confronted by Arabs who protested the planting. The army and police arrived on site and moved the Arabs away.

The police told the Arabs to produce a proof of ownership, which they failed to do.

The plot of land is situated adjacent to the entrance to Nokdim and has been not been cultivated until now.

The planters discovered Sunday morning that the trees had been uprooted and stolen and have filed a complaint with the police.

A resident of the area told TPS on Sunday that Arabs, accompanied by Israeli and foreign left-wing and anti-Israel organizations, have long been provoking confrontations against any Israeli attempt to plant in the area, near or even inside their communities.

However, he vowed to continue cultivating the land near their communities and not to bow in the face of Arab violence.

Responding to the uprooting of the trees, Gush Etzion Regional Council head Shlomo Ne’eman stated that “only a week ago we witnessed agricultural terror in Kfar Etzion and we are again witnessing terror against Jewish agriculture by our neighbors.”

“This is the order of the day and should light a red light for the decision-makers,” he underscored.

Earlier this month, some 200 vines and cherry trees belonging to Kibbutz Kfar Etzion were uprooted and cut down, in an apparent Arab hate crime.

The fields, planted on KKL lands in an area called the Mukhtar’s Saddle, have been targeted and vandalized by Arabs in the past.

Last month, Arab vandals destroyed dozens of vines at an Israeli-owned vineyard at Shiloh and in Hebron.

A few days before that, Arab vandals uprooted an Israeli owned vineyard in the Jordan valley. A total of six incidents of vandalism occurred in the same area in the past two months. 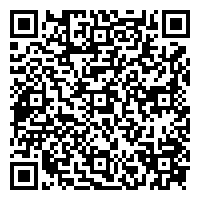