Two strong earthquakes struck northwest Iran on Saturday, killing 250 people and injuring more than 2,000, with many buildings being reduced to rubble, and completely destroying 6 villages according to Iranian officials.

Thousands are fleeing their homes and staying outdoors, fearing more damage from aftershocks – at least 20 of which have hit the region.


Casualty figures will probably continue to rise, say Iranian officials, since many of the injured are in critical condition, and many civilians are still trapped under the rubble.

Iran is situated between two major fault lines and has endured a few devastating earthquakes in recent years, including a 6.6 magnitude quake in 2003 which demolished the southeastern historic city of Bam and killed at least 25,000 people.

Tabriz is a major city and trading hub far from Iran’s oil producing areas. Though buildings in the city are substantially built, homes and businesses in Iranian villages are often made of concrete blocks or mud brick that can crumble and collapse in a strong quake.

A second quake struck near the town of Varzaghan. “The quake was so intense that people poured into the streets through fear,” the Fars news agency reported.

About 210 people in Varzaghan and Ahar have been rescued from under the rubble of collapsed buildings, the official IRNA news agency said, quoting a local official.

“So far 73 bodies from Varzaghan and Ahar have been handed over to the coroner’s office,” IRNA quoted Bahram Samadirad, a provincial official from the office, as saying.

He added, “Since some people are in a critical condition and rescue workers are still trying to rescue people from under the rubble, unfortunately it is possible for the number of casualties to rise.” 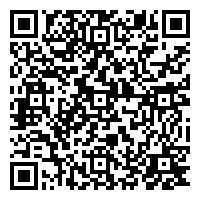