Deputy Foreign Minister Tzipi Hotovely lambasted the BDS movement, saying “it is not an economic movement, but a movement which aims at demoralizing the State of Israel,” in an intimate meeting with young English-speaking olim in Rehovot last week.

Though it also urges a cultural boycott of Israel, the BDS movement prominently urges the boycotting of Israeli products, economic sanctions against Israel, and for companies and institutions which have invested in Israeli companies to divest from such companies.


Hotovely said the BDS movement has in fact had little impact on Israel’s economy and Israel is stronger than it ever has been economically and diplomatically.

Hotovely told of how since assuming the position of deputy foreign minister, she has witnessed foreign dignitaries from all over the world constantly visiting the country and looking for ways to partner with Israel.

As a movement which primarily targets Israel’s ” ideological soul,” Hotvely said the proper answer to BDS is to safeguard Israel’s Jewish identity and thereby Israel’s confidence in its cause.

Hotovely encouraged the young olim to be active in Israel’s political life in order to do so.

Jacob Silvermetz, a recent oleh from the U.S. who organized the meeting last Tuesday and who is a coordinator for Likud Anglos, said he hoped the meeting would stir his fellow immigrants to action.

Silvermetz said he felt “an amazing sense of purpose” in the meeting.

“I hope we can channel that collective feeling to make practical contributions to our country and its international image,” he said,

Silvermetz’s wife, Lizzy, an olah from London, England, and Penina Grunseid Katsch, an olah from Brooklyn, N.Y., who served in the IDF Spokespersons Unit and currently studies Government at the IDC Herzilya, also helped organize the meeting.

“I liked Hotovely’s message about having a bigger say in politics and the leadership of the country,” Lizzy Silvermetz said, adding that while the political system “affects so many people,” it is often “so little understood.”

Since being appointed deputy foreign minister Hotovely has turned heads with her approach of emphasizing the Jewish people’s just claim to the land of Israel.

Just a few days after being appointed Deputy Foreign Minister in May 2015, Hotovely told Foreign Ministry personnel around the world to use the Jewish claim to the Land of Israel as part of their diplomacy.

In that speech, Hotovely cited the 11th century biblical commentator Rabbi Shlomo Yitzchaky (Rashi), who’s opening commentary on the Bible was to note that since God created the entire universe, he had the legal and moral authority to convey the Land of Israel to the Jewish people. 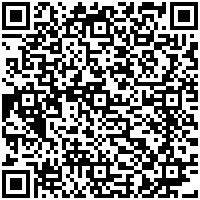