Trade and Economy Minister Naftali Bennett announced during a trip to Indonesia that Israel will be providing agricultural assistance to a large Islamic country which has no ties to Israel, according to a report in Makor Rishon.

At the international trade conference, Bennett spoke with Foreign Ministers from dozens of countries including Islamic countries with no ties to Israel.

The goal of many of the discussions was to see how Israeli expertise can be used to assist these countries in increasing their agricultural yields and feed their populations, as well as increasing economic cooperation in general.

Bennett, accompanied by a heavy guard detail, spoke to 157 delegates at the conference, the first Israeli minister to visit Jakarta in 13 years.

During his speech, not a single delegate left the room, and the Palestinian issue was not even mentioned at any of the meetings, according to Bennett.

Bennett said, “The only thing they want to hear from Israel was about developing technology.” 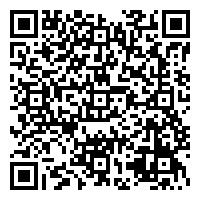