At the end of November, 2013, Israel experienced a series of demonstrations throughout the Arab areas, some of which were violent, as part of the “Day of Rage” over the government’s decision to implement the “Prawer Plan” to solve the problems relating to land in the Negev. Arab spokesmen – all of whom are Israeli citizens – threw around slogans such as “third intifada”, “Land Day II” and “Bedouin revolt”, slogans that were meant to incite the Arab public, which represents a fifth of the citizens of the state. Politicians and leaders of the Islamic movement tried to stir up emotions against the state and its decision regarding the Bedouins settling on state lands in the Negev.

The impression is that the problem is about land, because the Bedouins, who live scattered over the area, have built houses on land that belongs to the state without permission or building permits, without general planning or infrastructure. Now the state wants to put matters in order, so questions arise such as how much each Bedouin should receive as part of the arrangement and how much monetary compensation he will get for the territory that he gives up, despite the fact that no Bedouin has or had any proof of ownership of the land that he claims is his. To date, all of the Bedouins’ legal claims that have reached the courts have failed because of this, and now the state is interested in solving the matter of illegal Bedouin settlements through legal procedures.

Another problem related to the Bedouins is the problem of polygamy. Approximately four years ago (April 21, 2009), in The Marker, Haaretz’s economic supplement, Meirav Arlozorov published information stating that at that time, 5,829 women were listed as single mothers in the Negev, who had 23,855 children between them. At that time, 155 women had 10 children each, and there were even two women with as many as 17 children each. Anyone can easily understand that these are not single mothers, but each woman is the second, third or fourth wife married, according to Islamic Shari’a, to one man, and living together with him in one household. If this was the situation four years ago, what is the situation today?

The current situation is made possible because of two factors, cultural and economic. The cultural factor is that within the traditional Bedouin culture, a man is expected to marry more than one woman in order to prove his manhood. A man who lives with one woman is thought to be weak and worthless. In addition, a man hopes to expand his family as much as possible so that it will have more economic, social and political weight in the system of Bedouin society. For example: the number of votes in elections to the local council will be greater, so all of the candidates will come to him to solicit his support.

The economic factor in polygamy is that the government welfare institution grants subsidies according to children’s benefits for each woman separately, regardless of whether she reports herself as married or single, so bringing children into the world is a productive business. This year (July, 26, 2013), in the Tzedek supplement of the Makor Rishon newspaper, Yehuda Yifrach publicized the fact that Bedouin families receive hundreds of millions of shekels per year from government welfare programs by means of fictional divorces in Shari’a court, awarding negligible alimony to the “divorcees” (who usually continue living with their husbands) so that the government welfare institution would be obligated to give them supplemental payments. 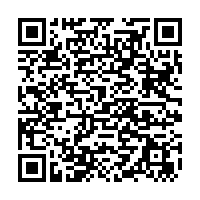