(JNi.media) Speaking to religious radio station Radio Kol Chai, Bayit Yehudi Chairman and Minister of Education and Diaspora Affairs Naftali Bennett on Wednesday morning that, “unlike Haredi MKs, I Don’t consult with rabbis on my political and actions and on policy.”

Bennett was referring to his recent row with Chief Rabbi David Lau, following Bennett’s visit to a Solomon Schechter Conservative school in the US last month. In the radio interview, Bennett said it was Rabbi Lau who chose to attack him, not the other way around: “I did not initiate the conflict, but the chief rabbi chose to attack me, and I told him ‘I’m sorry, but I’m the Minister of Diaspora.’”


Israel’s Chief Rabbi David Lau last week criticized Minister Bennett’s visit to Conservative congregations in the US and said it was clear that the minister did not consult with a rabbi about those visits. According to Lau, “the visit constitutes an acknowledgement of a movement that endangers the future of the nation of Israel.” Lau added that “if the Minister Bennett were to ask my opinion before the visit, I would have said explicitly. ‘You cannot go to a place where education is pushing Jews away from Jewish tradition, and from the past and future of the Jewish people.”

Following Lau’s remarks, Bennett stated: “Things were said today that should not be said by a senior leader of the Israeli public.” As to the rabbi’s rebuke, Bennett replied: “I, unlike Haredi MKs, don’t consult with rabbis on my political and actions and on policy. That’s the difference. In the movement which I lead, having been elected by the public, I consult in rabbis on halakhic issues, but not on policy issues. We see this a little differently. I’m not going to conduct myself as Minister of Education, nor as Minister for Diaspora Affairs by approaching the Council of Torah Sages on every issue.”

Rabbi David Lau’s cousin, the Jerusalem Ramban Synagogue’s spiritual leader Rabbi Benny Lau criticized the Chief Rabbi’s attack on Bennett. “If the chief rabbi supports Israel, he has to understand that they (non-Orthodox Jews) are our best ambassadors to the world,” Rabbi Benny Lau told Kikar Hashabbat. “If the chief rabbi has a dispute with their manner of worship — but what’s the connection to the State of Israel? Why mix things, why endanger the state?”

Rabbi Benny Lau stressed that the diplomatic relations between Israel and the United States do not allow boycotting the non-Orthodox. “You want to eliminate all our support in the world, have we gone mad? This is madness. They are our biggest supporters.”

Regarding Bennett’s decision to visit a Conservative school, Rabbi Benny Lau said: “I think Bennett did the right thing. I am the son of the Foreign Office employee who was consul in the US, and what I learned is that as a diplomat you have a responsibility to all the parts of the Jewish people without controversies, you do not engaged in the wars between different sectors and as a representative of everyone you accept responsibility for each and every one of them; so visiting the school as Bennett did was his duty. I say Naftali, more power to you.” 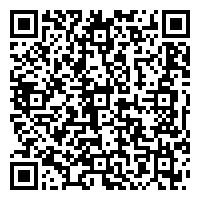