The body of Dalia Elkayam hy”d, an Israeli resident of Hertzliya who was murdered in Monday’s terror truck ramming attack in Berlin, was identified Wednesday night. The Israeli embassy in Berlin is collaborating with the victim’s family to fly the body to Israel. Dalya’s husband, Rammy, was severly injured in the attack and is hospitalized in serious condition. Twelve people were murdered and 50 injured, a dozen seriously, in the attack.

A massive manhunt across Europe is underway for Anis Amri, 24, the Tunisian man named as the suspect in the attack on a Berlin Christmas market. The Polish driver of the truck was found shot dead in the cab of the vehicle, amid signs of a struggle.


According to the government of North Rhine-Westphalia, Amri had been scheduled for deportation, which was delayed because documents that held up the procedure arrived only two days after the massacre. “He was classed as a potential risk by various authorities,” Ralf Jäger, interior minister for the NRW, said.

German authorities on Wednesday offered a reward of about $104,000 for information leading to Amri’s arrest, with a warning that he probably is “violent and armed.” 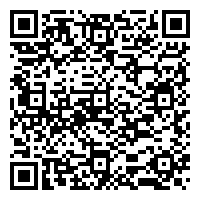