The Israeli government decided in late 2015 to bring the remaining Jews in Ethiopia home to Israel. That project is estimated to take five years. In the interim, and cognizant of the difficult time that some olim, particularly Ethiopian Israelis, have had in making the transition to Israeli life, a new project was launched.

That project, the Ethiopian Aliyah Project 2016, has as its goal preparing the remaining 6,000 Jews in Ethiopia for Aliyah.


World Bnei Akiva, working with the Jewish Agency for Israel and the Israeli government, have committed to sending two Bnei Akiva shlichim (outreach workers) to Ethiopia, at intervals of two months at a time, work with those Ethiopians preparing for Aliyah. These students will teach Hebrew, Torah and Zionist ideology to the Jews waiting in transit camps in Addis Ababa and Gondar.

A successful project will mean that the new olim will have a successful transition to and absorption within Israel. There are opportunities to provide financial support to this program. 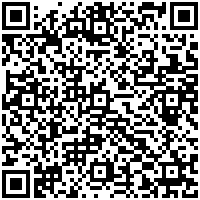