Fears are growing in the Netanyahu administration that Brazil may torpedo the appointment of Dani Dayan, a leader in Judea and Samaria, as ambassador.

Prime Minister Binyamin Netanyahu nominated Dayan, a native of Argentine, to the post two months ago and a formal request was sent to Brazil to accept the appointment.


Brazil has taken no action, and the Foreign Ministry now is concerned that the delay will be permanent.

Brazil’s problem with Dayan is that he once was the chairman of the Council of Jewish Communities of Judea and Samaria and that he lives in Maaleh Shomron, part of the Karnei-Ginot Shomron complex in western Samaria.

Other countries, including the United States, have accepted Israeli ambassadors who lived in Judea and Samaria, even high-profile politicians such as Avigdor Lieberman. The difference between him and Dayan is that the latter was an activist for the settler movement. He often was considered the “Foreign Minister of Judea and Samaria.”

A government source told The JewishPress.com Sunday morning that he is optimistic that Brazil eventually will accept Dayan as ambassador, but so far, it is no go.

Netanyahu’s nomination of Dayan ran into a brick wall with the pro-Palestinian Authority Brazilian government from day one, which was in September.

Brazil’s president Dilma Rousseff immediately and quietly conveyed messages to the Foreign Ministry that it is was not happy about accepting Dayan. Several Brazilian legislators joined more than 40 groups to petition Rousseff to reject Dayan.

If Brazil continues to freeze the appointment simply by not acting on it, it will put Prime Minister Netanyahu in a bind. If he makes it a public issue, relations would be hampered. The cost is high because Israel wants to improve trade with Brazil.

If he concedes, he will run into to trouble with Likud hawks and the Bayit Yehudi (Jewish Home) party, headed by Naftali Bennett.

The only diplomatic way for Netanyahu not to hang his head in shame and to accept Brazil’s opposition, if it continues, is to name Dayan ambassador to another country. but Brazil would have set a precedent that would shrink the number of countries that would accept a “settler” as ambassador.

The offices of the Foreign Minister and Prime Minister refused to comment Sunday to Army Radio, which first published Brazil’s continuing delay in approving Dayan as ambassador.

I suggest you contact the Foreign Ministry. I do not know about that. 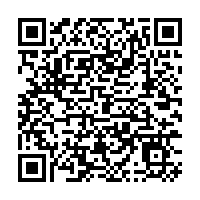