For the second time in less than a week, a Palestinian Arab terrorist — this time a teenage girl — stabbed an Israeli Jew at the Lion’s Gate entrance to the Old City of Jerusalem.

An unidentified 18-year-old Palestinian Arab female attacker stabbed the 25-year-old male victim in the back after she sneaked up behind him Wednesday morning at around 10:30 am, Israel Police spokesperson Micky Rosenfeld said.

An armed Israeli man who was passing nearby immediately neutralized the terrorist. “The Israeli man responded quickly by drawing his weapon and shooting her,” Rosenfeld said.

The area was cordoned off by police and a search was launched for other possible terrorists in the area.

The stabbing victim was treated at the scene by paramedics before being evacuated to a hospital in the capital. He is listed in fair condition and is conscious.

The terrorist was also taken to a city hospital and is listed in serious condition. Police are examining the possibility that she may have been operating as part of a terror cell, according to Rosenfeld.

On Saturday night, a 19-year-old Palestinian Arab stabbed and shot to death two rabbis, and wounded the wife and baby son of one of them, also near the Lion’s Gate.

The wounded rabbi’s wife ran down an alley to summon help – with a knife still in her shoulder – while the terrorist continued shooting into a crowd of tourists.

The murderer, allegedly a member of the Palestinian Islamic Jihad terrorist organization, was shot and killed by an Israeli police officer.

Just a few hours later, a 15-year-old Jewish boy was stabbed by another Palestinian Arab terrorist as he walked down the street a few blocks away from the Old City walls.

Israeli police spotted the terrorist with the knife still in his hand and shot and killed him. 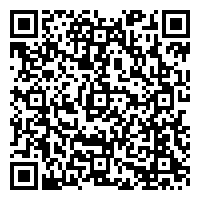