Manchester, Britain police are searching for three men who verbally and physically assaulted four Jews, beating one of them unconscious at a tram [streetcar] station in North Manchester late Saturday night.

The Jewish men, ages 17, 18 and 20, were waiting for a tram when the attackers approached. The 17-year-old was beaten unconscious and is in the hospital after having suffered suspected bleeding to the brain,.


Police called the incident a hate crime, and they closed the tram station Monday morning in order to look for forensic evidence that might lead to the capture of the gang of attackers.

We were horrified to hear of the horrific anti-Semitic attack on four young men on a tram in Manchester. This was a brutal, unprovoked and cowardly assault and we hope and expect that the culprits will feel the full force of the law. We send our thoughts and prayers to those injured and to their families.

Anti-Semitic incidents in Manchester rose by nearly 80 percent in 12 months, according to a report issued by the Trust earlier this year. 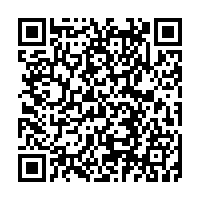