Sabeel Colorado, a branch of the pro-BDS NGO Sabeel, is currently promoting its 2017 “Fact-Finding Trip” in Israel and the Palestinian Authority. The trip “Highlights” will include meeting with the Israeli NGOs B’Tselem, Breaking the Silence, Machsom Watch, and Women in Black, NGO Monitor reported Friday. The Sabeel Colorado chapter has been conducting trips to Israel since 2011, and since 2014 have met with Breaking the Silence, B’Tselem, Machsom Watch, Israeli Committee against House Demolitions, Alternative Information Center, Women in Black, and Christian Peacemaker Teams.

Sabeel was founded in 1989 and is directed by Naim Ateek, former Canon of St. George’s Cathedral in Jerusalem. It is based in Jerusalem and registered as a non-profit in Israel, receiving a significant portion of its funding from Christian aid societies in Europe. Its donors include Diakonia (Sweden), Kierk an Actie (the Netherlands), The Central Mennonite Committee (Canada), The Presbyterian Church in USA, The United Church of Christ, and FOSNA chapters in North America, UK, and Norway.

Sabeel is active in anti-Israel political campaigns and a leader of church divestment campaigns. It promotes the Kairos Palestine document, which denies the Jewish historical connection to the land of Israel. Sabeel director Naim Ateek has allegedly stated, “If the Jewish people had a right to a homeland it should be in Germany, not Palestine.” The Friends of Sabeel North America (FOSNA), has attacked Christian Zionism as “a prime example of the misuse of the Bible to promote violence, racism and injustice,” based on “mistaken premises” that are “not authentic to the Bible.”

According to their website and Facebook page, Sabeel Colorado supports the BDS campaigns and publishes anti-Israel content. Mark Braverman, a member of FOSNA’s advisory board and frequent speaker at Sabeel events, has a record of making antisemitic statements, including saying that Zionism has hijacked and is killing Judaism; Christianity is more mature than Judaism; Advocating supercessionism and calling Jewish Theology a disaster; suggesting it is not Christian to support Israel; and accusing Jews of being isolationist and paranoid.

Sabeel claims that Palestinians represent a modern-day version of Jesus’ suffering, using “liberation theology,” supercessionist rhetoric and the concept of deicide to demonize Israel. Sabeel spokespeople, particularly founder Ateek, disparage Judaism as “tribal,” “primitive,” and “exclusionary,” while contrasting this to Christianity’s “universalism” and “inclusiveness.” Ateek has also used deicide imagery against Israel and referred to Jesus as a “Palestinian.” 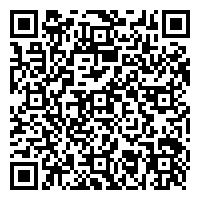