A delegation of Gaza businessmen and civil society professionals will travel to Egypt on Sunday for a conference on the current economic situation in the impoverished Gaza Strip, Ma’an reported Saturday.

Osama Kheil, a spokesman for the union of contractors in Gaza, told Ma’an that the 38 businessmen from Gaza had been invited to the “Ain Sokhna 2” conference, organized by the National Center for Middle East Studies.


Ain Sokhna (Arabic: the Hot Spring) is a resort town on the western shore of the Red Sea’s Gulf of Eilat, some 75 miles east of Cairo.

The conference will discuss the economic situation in Gaza and strategies for improving the dire living conditions of the civilian population. The Gazan delegation will emphasize the need for coordination with Egyptian authorities in regards to the Rafah border crossing between Gaza and Egypt, which serves as a lifeline for Gazans, in the hope of “keeping the border open as long as possible.”

In October 2014 Egypt announced plans to expand the buffer zone between Gaza and Egypt, following a terrorist attack from Gaza that killed 31 Egyptian soldiers. The buffer was “a move meant to halt the passage of weapons and militants through cross-border smuggling tunnels but which also puts more pressure on the Palestinian militant Hamas group.” Egyptian authorities ordered residents living along the eastern border to evacuate their homes prior to their demolishing. The new 1,000 yard wide buffer zone includes water-filled trenches that block tunnel diggers along the 8 mile.

According to Human Rights Watch, the Egyptian authorities demolished between July 2013 and August 2015 at least 3,255 residential, commercial, administrative, and community buildings along the border, forcibly evicting thousands of people.

PA Chairman Mahmoud Abbas agreed with the Egyptian operation, saying the smuggling tunnels under the border had produced 1,800 millionaires, and were used for smuggling weapons, drugs, cash and forgery equipment. The total cost to the Gazan economy was estimated at $70 million. On September 11, 2015, the Egyptian army began to pump water from the Mediterranean Sea into the tunnels, in coordination with the Palestinian Authority. Hamas condemned the flooding saying it posed a serious threat to Gaza’s environment and ground water. In November 2015, large areas of soil collapsed as a result of the flooding, threatening homes in Rafah. Salt water came out of the ground, contaminating the soil, making it unusable for agriculture.

Or, as the Ma’an report put it on Saturday: The Gaza Strip has suffered under an Israeli military blockade. 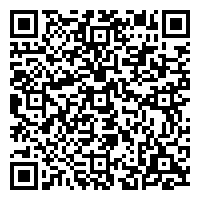