Indictments have been filed in Israel against a Gaza merchant who allegedly smuggled “hundreds of tons” of building materials for the Hamas terror infrastructure, it was revealed Wednesday following the lifting of a gag order by the military.

The transferring of the materials successfully bypassed the UN monitoring mechanism. The U.N. mechanism was put in place in order to ensure that materials which are donated by countries and organizations are used for reconstruction and development of civilian infrastructure.

This testimony is another example of how Hamas replenishes its terror infrastructure using money and materials donated for the reconstruction and the development of the civilian infrastructure of the Gaza Strip.

The smuggler was identified was Tamer Ahmed Mahmad Brim, 36, who was arrested by Israeli police at the Erez Crossing on August 31.

During the investigation, Brim admitted that he transferred, straight into the arms of the Hamas terror organization, hundreds of tons of building materials that were originally intended to be used for the reconstruction and the development of Gaza.

The October 1 indictments were not released for publication until today, apparently because of concurrent investigations,.

Brim was charged with endangering state security through aiding a terror organization and involvement with illegal materials intended for terror. 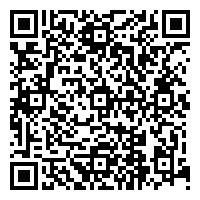