The planned Israeli cabinet meeting to discuss the negotiations with Hamas has been cancelled to the dismay of many of the cabinet ministers.

The ministers are concerned that they are being kept in the dark about the ongoing negotiations with Hamas, in order to prevent them from being able to influence the outcome.

Their biggest fear is that they will presented with a done deal, and will then be expected to rubber stamp it, no matter how bad the deal is for Israel.

Since the deal is being brokered by Egypt, the cabinet may be told that rejecting the deal will be an affront to Egypt and negatively impact the diplomatic relationship between Jerusalem and Cairo.

Even Minister Tzipi Livni is reportedly upset, as the issue of the Gazan port is apparently seriously on the table, and Livni wanted to save the port for a final status agreement, to reward PA President Mahmoud Abbas, and not Hamas. 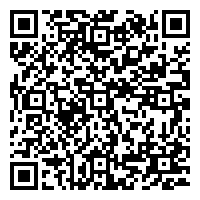