Prime Minister Benjamin Netanyahu said the goal of his whirlwind trip to Liberia this week was to “dissolve this giant bloc of 54 African countries that is the basis of the automatic majority against Israel in the UN and international bodies,” but an expert on Israel-Africa ties says the prime minister will have a difficult task trying to translate strong bilateral ties into multilateral political support.


Aryeh Oded, one of Israel’s foremost experts on Africa and a former ambassador to Uganda and Kenya, told Tazpit Press Service that sub-Saharan countries rely on the Arab world for investment and aid, meaning as a bloc Africa is likely to remain in the “anti” camp on the international stage.

“I think it will be very difficult to bring about a change, although here and there some countries are very friendly to Israel and either abstain or stay away from votes on Israel,” Oded said. “In bilateral relations they will be with Israel, but when it comes to multilateral relations they need to be okay with everyone. They will continue to vote with the Arab nations because they get a lot of aid and investment from them and that is something we need to take into account. The Arab countries invest in Africa a lot more than Israel is willing or able to invest.”

Oded added that while Israel hopes it will gradually manage to get the African nations to change their voting patterns, even if it fails to create immediate change “there are extensive benefits for Israel in developing relations with the growing economies of Africa.”

Regardless of the success of Netanyahu’s efforts to create change at the United Nations and other international bodies, however, Israel’s efforts in recent years to nurture relationships in Africa have borne fruit. Israel now has diplomatic ties with 41 sub-Saharan African states that are not members of the Arab League. In addition, this week Netanyahu became the first non-African leader to address the annual Economic Community of West African States (ECOWACS) summit — the purpose of his visit to Liberia — and the prime minister held individual meetings with the heads of several West African states.

The visit was Netanyahu’s second to the continent after a four-nation trip to east Africa almost a year ago, the first by a sitting Israeli prime minister in 29 years. Several African leaders have visited Israel in that period, including Ethiopia’s prime minister Hailemariam Desalegn, who is currently in Jerusalem. Twenty-five African nations are scheduled to participate in an Israel-Africa summit in Togo in October.

In terms of tangible results, Israel’s technological, agricultural and anti-terror know-how – what the prime minister likes to call ‘T&T,’ terror and technology – is rapidly gaining traction around the continent. Since Defense Minister Avigdor Liberman visited the continent as foreign minister in 2014, exports have surged by around 30 percent and now stand at around $6 billion.

Still, Oded said the business and security ties are unlikely to translate at the political level.

“It is very important for the African countries to maintain solidarity at the African Union and even nations that are friendly toward Israel don’t want to be exceptional,” says Oded. 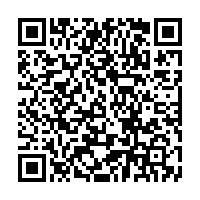