This is hard to watch. Canadian Foreign Affairs Minister John Baird has appointed as ambassador to Israel a Toronto lawyer named Vivian Bercovici, who has praised Israeli Prime Minister Benjamin Netanyahu and taken a hard line against Hamas and the Palestinian leadership.

The Vancouver Sun reported that Baird defended his decision to recruit outside the foreign service, and pick Bercovici, who has written columns about the Middle East “that indicate her strong support of Israel.”


“It won’t be a huge shock to anyone that Canada is a strong supporter of the state of Israel,” Baird said, noting that past Liberal and Conservative governments have appointed non-diplomatic envoys to Israel.

Baird refused to be drawn into making a substantive comment about the most recent Israeli decision to build homes in the settlements.

“Our views are well known to our Israeli interlocutors. We think unilateral action on either side is unhelpful,” Baird said, adding, in response to the host’s pressure: “It means just that I’m not going to join in an international pile-on.”

Did you know Bercovici was Jewish? I was sure she was Italian – as the FM tells CBC Anchor Evan Solomon, who hosts the nightly series Power & Politics on CBC News Network and CBC Radio One, in the tape enclosed.

But the digging on the part of Solomon – obviously one of us – into the fact that Canada is sending a Jew to represent her in a Middle East that so hates Jews, that made me cringe.

So, cringe away, here’s the video, followed by a statement by HonestReporting Canada, sent us by their Executive Director Mike Fegelman.

It is entirely inappropriate and deeply offensive for CBC anchor Evan Solomon to have raised the issue of religion when questioning Canada’s appointment of Vivian Bercovici as Canada’s new Ambassador to Israel.

In an interview with Foreign Affairs Minister John Baird on the January 9 edition of Power and Politics, Solomon stated: “Vivian Bercovici is Jewish, so there are going to be some questions. Why not appoint someone who doesn’t even have the perception of any kind of bias?“

A person’s religious or ethnic background has no bearing on one’s qualifications for a job, on top of it being illegal for an employer to ask such irrelevant and discriminatory questions of a potential employee.

Challenging Ms. Bercovici’s credentials, her experience, and the various positions she has taken publically on the Mideast file is fair game, but to imply that her religious background in some way makes her a poor choice as a candidate due to a supposed “perception of bias” certainly crossed the line.

With even some of the most rabid anti-Zionists such as Noam Chomsky, Norman Finkelstein, Ilan Pape etc. all being Jewish, Solomon’s reasoning falls flat. To parse, it seems Mr. Solomon finds it most appropriate for non-Jews to be Canada’s ambassador to Israel, meaning that Jews should be barred from such a position. In light of the deeply offensive nature of this line of questioning, Mr. Solomon should apologize on-air for his inappropriate question which has only served to malign Ms. Bercovici’s character and Canada’s choice of her as a candidate. 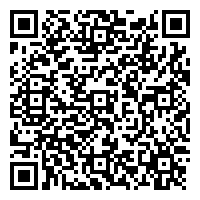