Chairman of the US Joint Chiefs of Staff General Joseph F. Dunford on Monday landed in Israel for an official visit, as the guest of IDF Chief of Staff Lieutenant General Gadi Eizenkot.

General Dunford is also scheduled to meet with Prime Minister Benjamin Netanyahu, Minister of Defense Avigdor Lieberman, and other senior IDF commanders, to discuss cooperation between the armies and mutual challenges.


This is General Dunford’s third visit to Israel. On Tuesday, he will be greeted by an official Honor Guard at the HaKiryah IDF Headquarters in Tel-Aviv.

An Obama appointment, General Dunford has served as head of the Joint Chiefs since October 1, 2015. Before that, he was the 36th commandant of the Marine Corps and Commander of the International Security Assistance Force and United States Forces-Afghanistan. He also commanded the 5th Marine Regiment during the 2003 invasion of Iraq. 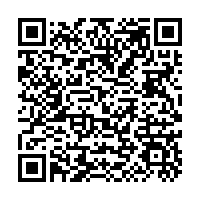