The Central Elections Committee Thursday overwhelmingly against Arab Knesset Member Hanin Zoabi’s eligibility for running for election because of her association with terror.

The Joint Arab List, which includes Zoabi’s Balad party, will appeal the decision to the Supreme Court, where Zoabi stands a good chance of a ruling in her favor.


The 27-6 vote in the committee rejected arguments by the attorney-general that banning Zoabi would be an open invitation to the Supreme Court to get involved in the political process.

Weinstein also advised against disqualifying right-wing activist Baruch Marzel, whose candidacy with the Yachad party also has been appealed to the committee, which has not yet decided on his eligibility.

The opposition to Zoabi’s candidacy by the Herzog-Livni-led “Zionist Camp” party cemented her disqualification, which also was backed by delegates from the Bayit Yehudi (Jewish Home), Likud, Yisrael Beiteinu, Shas and Yachad parties.

Meretz and the Joint Arab List voted in favor of Zoabi.

The vote paved the way for similar action against Marzel, who later on the day also was disqualified.

Both Zoabi and Marzel, who is not a MK, have shown a proficiency for grabbing headlines. Zoabi is known for her nasty language against the IDF and right-wing Jews, and she also was onboard the Mavi Marmara boat in the flotilla led by IHH terrorists nearly six years ago to break the Israeli maritime embargo on Hamas terrorists in Gaza.

Marzel has been involved in stunts such as marching with an Israeli flag in the city of Umm el-Fahm, which also serves as the headquarters for the northern branch of the radical Islamic Movement.

Marzel and Yisrael Beiteinu chairman Avigdor Lieberman, along with the new Yachad party, petitioned the Election Committee to bar Zoabi from running.

The committee hearing was nothing less than a shouting match between Zoabi and hecklers, including Marzel, who jeered when she said Marzel and Lieberman “turned my nation into terrorists,” referring to her nation as “Palestinian.”

Yachad party chairman Eli Yishai shouted at Zoabi that she is a terrorist. 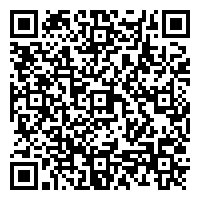