The paternal grandfather of Louis Székely (pronounced se-kei), a.k.a. Louis C.K., Dr. Géza Székely Schweiger, was a Hungarian Jewish surgeon who immigrated with his family to Mexico, where he met C.K.’s paternal grandmother, Rosario Sánchez Morales. Morales was Catholic, and Schweiger agreed to raise their children Catholic, but, according to C.K., his grandfather remained “quietly Jewish.” C.K. is Catholic on his Irish American mother’s side. On August 18 C.K., possibly the most influential American standup comedian living today, will give two back-to-back concerts in Jerusalem’s Payis Arena. According to the show’s promoters, demand has been so great, they added more seats to the arena, with tickets going for as much as $180.

The gifted comic, whose capacity for self-deprecation and intimate exposure is extraordinary, is not focused on Jews and Jewish issues, but he has included enough comments over the years about Jews and things Jewish to reveal an intriguing understanding of both being and observing the most tense minority group in America.

In his 2010 special, “Hilarious,” Louis C.K. noted that the word “Jew” is “the only word that is the polite thing to call a group of people and the slur for the same group. … It’s the same word, just with a little stank on it, and it becomes a terrible thing to call a person.”

One of C.K.’s funniest Jewish-related jokes has him watching Schindler’s List on TV, at the point where the Warsaw Ghetto Jews are marched through the streets, and a little girl yells out at them: “Good bye, Jews!” C.K. is convinced the vignette was real, someone had probably told director Steven Spielberg about it and he decided he wanted it in the movie. And so, knowing how films are made, C.K. is convinced there’s an auditions tape out there, of fifty adorable little girls yelling “Good bye, Jews” at the camera.

At the 2011 Louis C.K. concert Live at the Beacon Theater, the comic opened with a lengthy request that the audience not use their flash cameras during the show, and as he is making these pre-show requests, he adds, “What else… No Jews, I think they said that earlier, but they told me I have to say it. Jews aren’t allowed. If you’re Jewish, this is a good time to leave, If you see someone Jewey looking, please tell an usher and they will…” at which point he turns to a member of the audience, saying, “Sir, come on, let’s go…”

Like all comedy, context here is everything: while the very same lines from French Black anti-Semitic comic Dieudonné M’bala M’bala could land him in jail, no one suspects Louis C.K. of anti-Semitism, despite the obvious edginess of his material. Because C.K. does not single out Jews for his poking, his references to things Jewish are part of a rich tapestry of social and personal references. In fact, one has to dig far and wide to come up with actual Louis C.K. Jewish jokes.

Last Friday night, at the Forest Hills Stadium in Queens, NY, C.K. talked about being revolted by his uncircumcised non-Jewish father. Also that night, according to the NY Daily News, C.K. did minority accents which were pretty insulting, about which he commented: “Stereotypes are harmful, but the voices are funny.” And it’s that quality of being an equal opportunity ethnic insulter that permits C.K. to include Jews in his circle of often dark humor. 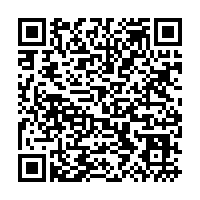