Americans are fretting over what has been described as a rising tide of anti-Semitism. Dozens of bomb threats have been called in to Jewish institutions since early January, and scores of headstones in two Jewish cemeteries, one in suburban St. Louis, the other in Philadelphia, were horribly vandalized last month. Yet, according to most reliable sources, positive feelings between different American religious groups are on the rise as measured in mid-to-late January of this year by the well-respected Pew Foundation. And far more dangerous anti-Semitic acts have taken place throughout the preceding decade and a half than the ones focused on in recent weeks.

Over the course of the past two months there have been nearly 100 acts of anti-Semitism in 72 locations across North America, according to the Association of Jewish Community Centers. Those acts have largely included what now appears to be a coordinated and sophisticated series of telephone bomb threats, in none of which was there an actual bomb. Disruption and harassment has resulted for Jewish Community Centers, Jewish day schools and other Jewish institutions, but no physical harm to anyone.

There have also been two highly publicized attacks on Jewish cemeteries, one in suburban St. Louis and the other in Philadelphia. In both instances the headstones of Jewish graves were toppled over, and some were broken or destroyed. At the Mt. Carmel Cemetery in Philadelphia, nearly 100 headstones were defaced.

Concomitant with these hate crimes directed at Jews, there has been a groundswell of anger directed at President Donald Trump for allegedly failing to swiftly, specifically or sufficiently denounce these acts of anti-Semitism. Some critics who had already labeled the President himself an anti-Semite, have claimed he is responsible for unleashing a wave of religious hatred, building on themes raised against him and some of his advisers during the campaign and early days of his administration.

In recent weeks Trump and his spokespeople have condemned, by name, the acts of anti-Semitism. On Tuesday evening in an appearance before a Joint Session of Congress, he began his speech by pointing out that it was the end of Black History Month, and condemned the recent spate of anti-Semitism as well as the recent murder of an Indian immigrant in a Kansas bar.

Adding to the undeniable state of unease over what is being described as an historic increase in anti-Semitism is the failure thus far to apprehend or even identify the perpetrators. It is serious and it is scary.

But are we witnessing a significant uptick in anti-Semitism or in its reporting?

To answer that question, the attacks must be appraised accurately. They are hate crimes, according to the US Federal Bureau of Investigation’s definition: “a criminal offense against a person or property motivated in whole or in part by an offender’s bias against a race, religion, disability, sexual orientation, ethnicity, gender, or gender identity.”

Compare the recent incidents to the horrible attacks on Jewish institutions over the past 18 years: in 1999 a White Supremacist walked into the lobby of the North Valley Jewish Community Center in Granada Hills, California and fired 50 shots, wounding three children, a teenager and an adult. The shooter, Buford O. Furrow, Jr., was gunning for Jews.

In 2006 Naveed Haq, a Pakistani-American, grabbed a Jewish girl and forced his way into the Seattle Jewish Federation where he shot six people, murdering one of them. Witnesses said Haq shouted: “I’m a Muslim American and I’m angry at Israel.”

In April, 2014, Frazier Glenn Miller, 73, drove to the Overland Park JCC and shot several people, killing a man and his 14 year old grandson. Miller was hoping to kill Jews by targeting Jewish institutions, although his victims happened to be Christians.

EUROPEAN ACTS OF ANTI-SEMITISM HAVE INCLUDED TORTURE AND MURDER

To help understand what’s happening in the U.S., it is also necessary to look at what is happening elsewhere. In the past fifteen years anti-Semitic acts have included torture and brutal murders, even of children, in cities across Europe. The tide, which has been rising now for decades, shows no sign of cresting any time soon.

Just some of the most infamous: the weeks-long barbarous torture which led to the death of Parisian Jew Ilan Halimi in 2006, the close-range shooting death of seven, including three children, outside a Jewish school in Toulouse, France in May, 2002; the shooting deaths of four people in the Jewish Museum in Brussels in May, 2014.

In Feb., 2016 a non-Jewish Oxford University student felt compelled to resign from the Oxford Labour Club due to what he described as rampant “poisonous” anti-Semitism.

Most recently , on Feb. 21 – in the midst of the wave of concern in the United States – two identifiably Jewish brothers were kidnapped in a Parisian suburb and were brutally beaten, while one had his finger sawed off by an attacker as the kidnappers repeatedly shouted “dirty Jews, you’re going to die.” Very few non-Jewish media outlets bothered to report this incident.

WHAT ABOUT THE RECENT SPIKE IN ANTI-SEMITIC ACTS IN THE US?

Starting on Jan. 9, dozens and dozens of JCCs and several Jewish day schools have been victimized by telephone bomb hoaxes which have led to hours-long disruptions and bomb-sweeping efforts.

Even these incidents are not a new phenomenon, although the coordinated hits on so many institutions in a relatively short period of time, is new.

The head of a Jewish day school in suburban Philadelphia responded to a query about the phone threat made to her school on Monday: “We had almost the same incident in February of last year,” and followed the same safety procedures. Last year’s incident received little attention outside of the local area.

Because the investigation into the recent spate of bomb hoaxes is ongoing, the FBI declined to provide more than a generic official response to media queries. However, several security officials involved in the investigations have revealed some specific details to several major media outlets such as CNN and CBS. Those revelations include the facts that the calls appear coordinated, that the voice making the threats maybe a robocaller, and that the calls either come from overseas or from both within the country and from overseas.

Yet, as one commentator remarked in response to those revelations: “the desecration of graves were not dialed in from abroad. Nor were the spray-painted swastikas.”

The attacks on two Jewish cemeteries sparked outrage even from those who are not typically concerned with such incidents. A tweet following the desecration of 100 headstones at the Mt. Carmel Cemetery in Philadelphia stated as fact: “That’s more than got knocked down during Obama’s presidency.”

A video posted recently on Facebook by American-Israeli Avi Abelow pointed out that after they seized Jerusalem in violation of U.N. resolutions in 1948, the Jordanians used headstones from the Mount of Olives cemetery, where Jews have been burying their dead for millennia, for army latrines and as material for roads and commercial buildings.

An Internet search going back decades will reveal dozens and dozens of Jewish cemetery desecrations. The overwhelming majority of these attacks receive minimal media attention; some are not reported at all.

Washington Cemetery, a large Jewish cemetery in Brooklyn, New York, was the site of a horrific anti-Semitic attack in Dec., 2010, in which more than 200 headstones were knocked over, smashed and graffitied. Notably, that story was found by this reporter on a blog post titled “Stuff Nobody Cares About.” There were a few articles about the vandalism at the time of the incident, all in New York publications. No one demanded that the President condemn the horrific attacks.

One security expert who deals exclusively with Jewish institutions, Jason Friedman of Community Security Service, said that he is not convinced, given his historical perspective, that there has been “a dramatic increase in anti-Semitic events rather than a big increase in the reporting of and on such events.”

Friedman’s organization recently issued a detailed report that looks back on anti-Semitic incidents starting from Jan., 1969 through August, 2016. In the first year alone, there were at least 11 confirmed acts of arson against Jewish institutions. The chronology is nearly 40 pages long and does not even include bomb hoaxes or cemetery desecrations – it only catalogues shootings, arson, explosive devices and hostage situations.

The latest entries in the CSS Report include a foiled actual bombing attempt at an Aventura, Florida synagogue in April of 2016. The chronology ends with a description of explosives being thrown at the homes of two different Chabad rabbis in Rockland, New York. These violent anti-Semitic acts from the past year barely received any media coverage, although Jews were physically threatened by people whose acts were clearly intended to inflict actual physical harm, even death.

The Federal Bureau of Investigation has been compiling statistics on hate crimes since 1999. Between 1999 and 2015, the most recent year for which the information is available, Jews have always been the biggest target of religious hate crimes by a wide margin.

In 1999, Jews were on the receiving end of 76 percent of all religious hate crimes. Since that date the Jews’ share has never fallen below 50 percent. Even in 2001, 56.5 percent of all hate crimes were directed at Jews and that percentage rose the following year to 65.3 percent. No other religion, even Muslims following the Sept. 11, 2001 attacks on the U.S., reached even half as many hate crime incidents as did Jews. In raw numbers, Jews have been the targets of between 500 and more than a thousand hate crimes every year. No other religion has ever experienced even half that number.

Anti-Jewish sentiment and overt acts of anti-Semitism have been extraordinarily high, far higher than any other religious hatred, for as long as the U.S. government has been keeping such statistics. But for the most part, the numbers of incidents have been going down, not up.

Finally, while headlines and politicians scream about the “rising tide” of hatred against Jews, and demand officials respond or be charged as anti-Semitic themselves, a glance at a recent research report on feelings across the religious divides in the U.S. suggests the facts are very different.

A Research Report by the non-partisan Pew Foundation belies the grave charges that anti-Semitism, or other kinds of intra-religious hatred, is rising at all.

It shows the opposite. The title of the report is “Americans Express Increasingly Warm Feelings Toward Religious Groups.”

Between June, 2014 and January, 2017, the feelings of non-Jewish Americans towards Jews have grown significantly warmer, from 63 “degrees” to 67 “degrees.” A positive increase in attitude towards Muslims has also grown, from 40 to 48 during the same time. In fact, other than the nation’s feelings about Evangelical Christians (which remained a relatively warm 61 degrees), there was a marked positive movement towards every religion. The 2017 survey was conducted between Jan. 9 and Jan. 23.

In light of the highly publicized attacks against Jewish institutions over the course of the past few months, Friedman, the security expert at CSS, offered the following advice: “It is essential that the Jewish professionals build up a capacity for situational awareness for suspicious behavior, vehicles and packages.”

Friedman sees a silver lining to the uptick in reporting: it encourages Jewish institutions to be forward thinking, sustained and proactive. Whether the general public’s intense focus on anti-Semitic acts is sustained when it no longer serves a political purpose remains to be seen.

A streamlined version of this article first appeared at JNS.Org 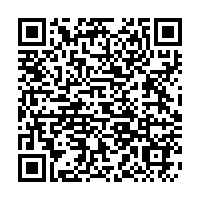