The Counter-Terrorism Bureau in the prime minister’s office has issued a warning on Monday that Israelis should not attend the Lag B’Omer celebrations on the Island of Djerba, Tunisia, because of credible terror threats.

Djerba is a 198 square mile island off the coast of Tunisia, North Africa, in the Gulf of Gabes. A Jewish community has existed on the island continuously for more than 2,500 years. It is unique for its unusually high percentage of Kohanim (the Jewish Priestly caste), direct Patrilineal descendants of Aaron, the first Biblical high priest. Djerba island is known among Jews as the island of the Kohanim.

Lag B’Omer will be celebrated this year starting Wednesday evening, May 25, through Thursday evening, May 26. The Counter-Terrorism Bureau’s travel advisory says terrorist elements, most notably global Jihadists, “continue to operate in Tunisia and carry out attacks,” making the threat level against Jewish sites high. Israelis should “refrain from visiting” the Island.

On April 11, 2002, Al-Qaeda blew up a truck bomb near El Ghriba synagogue in Djerba, one of the oldest and most famous synagogues in the world, killing 21 people (14 German tourists, 5 Tunisians and 2 French nationals). 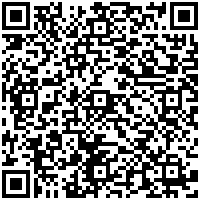