Did you know that a camera is a tool of incitement?

The High Court on Thursday accepted a lower court ruling that Rabbi Yehuda Glick cannot visit the Temple Mount, and it refused to hold a hearing on his appeal.


It simply accepted the lower court’s decision that puts its stamp of approval on the argument by police:

The fact the Yehuda Glick ascends the Temple Mount with a camera proves he not just an innocent visitor.

They prefer someone with a snarl on his face and words of hate on his lips.

Glick is a tough customer, but the police finally got the goods on him: He always takes a camera with him.

Photographing  Muslims in a rage against a Jew visiting the Temple Mount, especially one like Glick who believes that Jews should have the right to pray at the holy site, as provided in general terms in the Jordan-Israel peace treaty, could make problems because it is not good PR for the police, the Muslims and Jordan.

Even worse, Glick’s camera might catch the police running away from furious Muslims.

And since Glick’s appearance with a camera infuriates the Muslims, it is a tool of incitement.

Believe it or not, all of the judges have a degree in law. 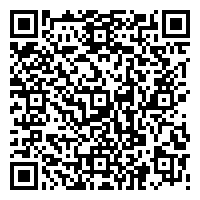