The Jerusalem Magistrate’s Court on Tuesday rejected a request by police to remand two Jewish minors, 12 and 15-years-old, from Gush Etzion, who had been kept in jail for three days on suspicion of cutting Arab-owned vehicle tires, Honenu legal aid society reported. Their attorney said in a statement that no 12-year-old should be in kept in jail, and that police have lost all sense of proportion.

The two boys were picked up late Saturday night, with the younger one removed from his parents’ home by detectives. They were remanded the next day until Tuesday, when police requested to keep them locked up despite the fact that they deny the charges against them and the investigation is yet to reveal any new information. Another minor was released on Monday and the court ruled that police must give more consideration as to whether or not to arrest young minors.


Attorney Sinai Harizi Moses, who represents the minors for Honenu, said in her statement, “The state is waging a war to the death on anything with a nationalistic aspect, including offenses against property. The arrest of a 12-year-old who is on the threshold of criminal responsibility, in his bed, in the middle of the night, and his remand, shows that the system has lost all manner of rationality and proportion and have forgotten the meaning of human rights. The arrest of a 12-year-old is something that should not happen except in extreme cases, and this is not such a case.” 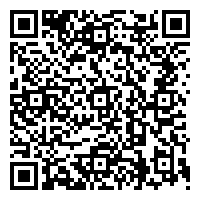