With our lives only getting busier, convenience carries a great attraction. And this has found its way into the performance of mitzvot as well. In some supermarkets in Israel, not only are all products certified kosher, there are certifications by niche organizations acceptable to the customer. And it is not only kosher food that we no longer have to check for, it is also a kosher lulav and etrog – here too pre-certified by only the “best.“ The same is true for pre-made schach and why stop there? For a few more dollars, one can get the whole, halalchically pre-approved, sukkah delivered and built right outside our door. And all this requires is the push of a few buttons on the keyboard. What once took hours is now reduced to a couple of minutes. For some, this may sound like a taste of the world to come. But perhaps this is actually a problem.

If we take a careful look at the end of this week’s parsha, we get a sense that the ‘Instant Mitzvah Fulfillment’ approach is not such a positive development. In this week’s parsha the Torah further develops the statement that opens Parshat Kedsohim, the need to be kadosh. Translating the word kadosh as holy takes a difficult, abstract Hebrew word and turns it into an even more abstract English word. As such, it takes us in the wrong direction. Happily, however, the Torah connects kedusha with havdalah, with separating, and tells us that the way to be like the God (Who separates us from others) is for us to be involved in separating as well.


Rashi sharpens this point by citing an important observation in Torat Kohanim (20:116) about what the process of separating actually means. On the verse wherein the Jewish people is told to separate between animals that we can eat and animals that we cannot eat (20:25), the midrash posits that this is not speaking about the difference between a cow and a donkey. The reason is that such distinction is already pre-existent. Hence no act of separation would truly exist on our part. Rather, the verse must be speaking about the difference between a proper slaughter and an improper slaughter, wherein the difference can be a hair’s breadth in the cutting of the animal’s throat. One could easily say that the case is too close to call and we should err on the side of safety by simply rendering the slaughter unfit. And yet this midrash is telling us just the opposite. We only become holy people when we make precise distinctions, defining just exactly how far the realm of the permissible – and hence, blessed – extends. Of course, one should be careful not to err. But such care is very different than avoiding risk by default.

It is in confronting the dividing lines that we grow as people. Hiding from these lines by having every decision made for us by others may be convenient, but it is not in sync with the calling of the Jew in this world. That calling is one of confrontation, where one has to regularly make distinctions. For as we separate between that which is proper for us and that which is not we develop the consciousness of a refined individual, a consciousness that the Torah urges us to develop. It is only then that can we continue on the path of being a holy nation. 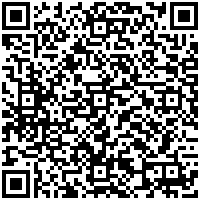