(JNS.org) A last minute resolution to divest from Israel by a student group at the City University of New York (CUNY) was shelved on Friday night following a strong showing by pro-Israel supporters despite the start of the Jewish Sabbath.

The Doctoral Students’ Council (DSC) of CUNY, which represents over 4,700 members of the graduate school from across the CUNY system, first announced the last minute divestment vote earlier in the week to take place on Friday, September 12th at 6 p.m.


Many pro-Israel students raised concerns over the vote’s start time, coming just before the Jewish Sabbath, as well as the fact that no materials where handed out ahead of time to help students prepare. According to Dominique Nisperos, the DSC’s co-chair for communications, that was done out of “environmental concerns,” the Washington Free Beacon reported.

After a lengthy heated debate on Friday evening, that included additional time for both sides to present the arguments, a motion was eventually passed to table the resolution for a future date.

Despite the vote’s difficult timing for observant Jews, a number of pro-Israel groups also turned out to support CUNY students and faculty who opposed the resolution.

“It is a routine tactic of the BDS movement to hold votes on or around Jewish holidays in order to shut out pro-Israel voices,” Jacob Baime, Executive Director of the Israel on Campus Coalition – who attended the Friday evening vote – told JNS.org. “When the facts are known, BDS fails.”

The proposed resolution, which is titled “The Endorsement of Boycott of Israeli Academic Institutions”, called on the CUNY system to endorse a “boycott of Israeli academic institutions and the divestment from Israeli companies” as well as ending academic partnerships with Israeli institutions such as the one between Baruch College and Israel’s College of Management and Academic Studies.

The resolution also expresses support for “Palestinian students and academics in their struggle against the Zionist policies of the Israeli state and its restrictions.”

Baime added that he is proud of the CUNY students and faculty for their strong showing despite having little time to prepare.

“I am proud of the CUNY students and faculty who defeated this anti-peace resolution,” he said. “The campus community can make a meaningful contribution to peace, and BDS does not do that. It is divisive and tears the campus apart.” 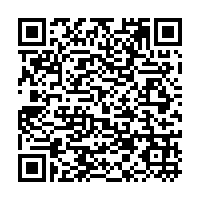