An Israel-led resolution on sustainable development through entrepreneurship was adopted in the United Nations Second Committee on Development on Wednesday with a majority of 137 countries.

Through this resolution, the UN calls upon member states to support and provide tools to the younger generations so that they can find and create innovative solutions to global issues; promote the involvement of people with disabilities in the workplaces; assist small and medium-sized businesses; promote social entrepreneurship; prevent gender based discrimination and more.

The Arab countries comprised the main opposition to the resolution, simply because it was proposed by Israel.

The Qatari representative asked member states, “not to support this resolution because Israel violates the rights of the Palestinians.”

Speaking on behalf of the European Union, the Austrian Ambassador to the United Nations said, “It is unfortunate that there is no consensus on a decision so important, due to political reasons.”

Israel’s Ambassador to the UN, Danny Danon pointed out, “Israeli entrepreneurship not only represents an international example of success in innovation, but it is also a bridge between countries.

“Israel’s resolution puts the values of Israeli entrepreneurship on the map and will promote global development,” Danon added. 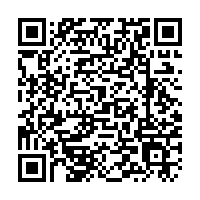