(JNi.media) Linda Sarsour, executive director of the Arab-American Association of New York, who enjoys close ties to the de Blasio administration, was engaged in a Twitter war this week, with Queens City Councilman Rory Lancman, over a photo Sarsour posted of an Arab child throwing a rock at Israeli soldiers, with the caption “the definition of courage,” the NY Post reported.

Sarsour, who campaigned for Mayor de Blasio (according to the Post, Mayor de Blasio’s office has repeatedly featured Sarsour in press releases supporting his education program), and whose group receives $164 thousand annually from the NY City Council, and is a senior strategist for the Campaign to Take on Hate. She co-founded Muslims for Ferguson to “build solidarity amongst American Muslim communities and encourage work against police brutality.” She is also the co-founder of the Muslim Democratic Club of New York. She has received the “Champion of Change” award from the White House, the New York City Council’s Shirley Chisholm Women of Distinction Award and the inaugural American Muslim of the Year honor from the Council on American Islamic Relations.


Councilman Lancman, who is Jewish, responded to Sarsour’s Sunday tweet, tweeting: “No, the definition of barbarism.”

Sarsour shot back: “City elected official attacking a constituent on foreign policy issue when they weren’t asked. Welcome to the NYC Council,” the ultimate dish out—don’t dish in attitude, eventually followed by: “The Zionist trolls are out to play. You will never silence me.”

Which should have alerted officials at the Campaign to Take on Hate, if said officials weren’t, essentially, Linda Sarsour. The Post cited one city political operative who complained that, “In one breath, she says she’s trying to bring people together and then she says some of the most divisive things I’ve ever seen on Twitter.”

Lancman said in a statement that, “Attacking Jews at their homes, schools, supermarkets, cafes, buses, roads, synagogues and seder tables is barbarous, and enlisting children to commit those acts is even more so.”

NY City Council future budget determinations will be made in the spring, readers might want to show up for that hearing. 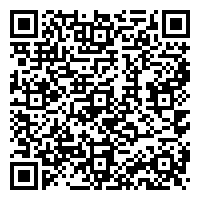