The Hatrurim oil and gas exploration license in the Dead Sea area contains an oil reservoir worth $321 million, according to a resources report published Sunday morning by the companies holding the license, Globe reported. The report states with 100% geological certainty that the reservoir could contain between 7 and 11 million barrels of oil. Some oil has already been produced from the reservoir, according to Globes.

The Hatrurim Formation or Mottled Zone is a 36 sq. mile geologic formation with outcrops all around the Dead Sea Basin, including the Negev Desert, the Judaean Desert, and western Jordan. It includes impure limestone along with coal-bearing chalk and marl. The rocks have been subjected to pyrometamorphism resulting from combustion of contained or underlying coal or hydrocarbon deposits. The formation is named for exposures in the Hatrurim Basin which lies west of the Dead Sea.


In 1995, Delek Group Ltd. carried out an initial drilling in the license, to a depth of two kilometers, and found oil. It was decided at the time not to pursue drilling oil there because prices at the time were too low to justify the endeavor, and Delek and Avner Oil embarked on off-shore digging instead.

25% of the Hatrurim license was awarded last year to Israel Opportunity Energy Resources LP and its partners. 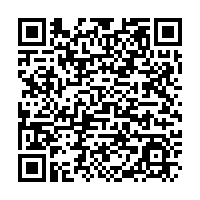