When JewishPress.com reported on Denmark’s Danske Bank’s “boycott” of Israel’s Bank HaPoalim, we pointed out the curious fact that Danske Bank actually doesn’t do any business at all with any Israeli bank, leading one to wonder about the motivations for their announced boycott.

You may now stop wondering.


David Goldman of Pajamas Media uncovered a 2009 Wikileaks cable in which it exposes that Danske Bank provided financial services to Tanchon, a North Korean company that sold ballistic missiles to Iran.

FOR DENMARK ONLY: — We previously raised with you in March 2006 our concern (REF L) that Tanchon Commercial Bank maintained a correspondent account with Den Danske Bank AS- Copenhagen. According to April 2009 Bankers Almanac information, Tanchon still maintains that account.

The US State Department had warned Danske Bank about their providing services to Tachnon in 2006, and the bank apparently chose to ignore it, despite the “legal and ethical” issues it raised.

Only in 2010, did Danske Bank state that it finally stopped doing business with Iran.

Nothing we’re aware of, about them not doing business anymore with North Korea.

Either way, so much for that moral high ground they were claiming. 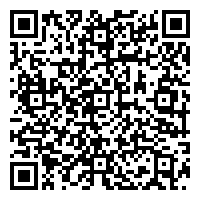