The 2016 Israeli Democracy Index was presented to President Reuven Rivlin Monday, with its top findings that suggest a lack of trust in the government and its institutions. It shows that in 2016 trust in the President of Israel stands at 61.5% (versus 70% last year).

The only institution that more closely maintained it standing was the Israel Defense Forces; public trust in the IDF by Jewish Israelis is at 90% (versus 93% last year) and at 82% by all Israelis. Only 32% of Israeli Arabs, however, trust the IDF.

But despite the lack of trust most Israelis feel for their politicians and institutions, most Israelis are proud citizens (86% of Jews and 55% of Arabs, respectively). As in the past, Israelis evaluate the general situation in Israel as positive. Some 36% of respondents assess Israel’s overall situation as “good” or “very good,” 40% say it is “so-so” and less than one-quarter (23%) view the overall situation as “bad” or “very bad.” In addition, the majority of Jews (78%) and Arabs (60.5%) categorize their personal situation as “good” or “very good.” Some two-thirds of Israelis are optimistic about Israel’s future. Most Jews (71%) agree that Israelis can always rely on each other in a time of need. The Arab public is divided on this question (42% agree and 44.5% disagree).

The IDI survey is based on 1,531 interviews that were conducted as follows: 891 constituting a representative sample of the Jewish and “other” public; 278 of the Haredi public; 362 interviews the Arab public (Muslims, Christians, and Druze). All interviewees in the survey were aged 18 and over. 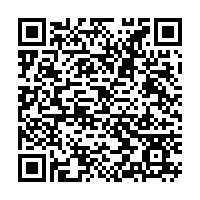