Palestinian terrorists may be firing one rocket at Israeli civilians every 10 minutes, but that hasn’t altered Jews’ approach to treating Arab victims of Hamas from Gaza and the Palestinian Authority. Currently,  three adults and eight children from Gaza are hospitalised at Rambam Hospital, in addition to three adults and two children from the PA. In addition, seven PA Arabs have been treated this week at the hospital’s outpatient clinics. Additional patients from Gaza are scheduled for treatments later this week.Most of the hospitalized children are in the pediatric oncology or nephrology wards. Of these, the majority is under the age of three, and they are accompanied by relatives. Additional medical problems and the need for long-term treatment makes lengthy hospitalizations standard for these children.Yazid Falah, the hospital’s coordinator for Palestinian patients, said medical cooperation between Israel and the PA continues despite the rocket fire.

“Despite the security situation, and despite the fact that both sides are fighting, all continues as usual in the realm of medical cooperation. Even in times of war we continue to receive patients and give them the care they need—children and adults,” Falah said.


Falah added that while treatments for all patients have continued unabated, the fighting between Israel and Hamas has created an unmistakably difficult situation for many patients.  “On the one hand they are in Israel and see the consequences of Hamas’ actions and how people get hurt on this side of the border. On the other hand, they fear for the lives of their family members back in Gaza,” Falah said. “There are those who have told me they are ashamed of what Hamas is doing; others say they are afraid of how people will talk and look at them here in the hospital. Some say they are afraid to return to Gaza. Others just don’t know what to think. They have a life there and see the kind of life people have here.

“At the end of the day, they simply want to live in peace, but it is clear to them that the situation has changed. They believe the situation is only going to get worse,” Falah said.

“When the hostilities escalated, the Palestinian patients feared a cold reception,” says Falah, “we explained that would never happen in an Israeli hospital. Here you see people and not nationalities. Many times, Israeli patients reach out to their Palestinian “neighbors” to help them feel more comfortable and to encourage them. Eventually, all are in the same boat.” 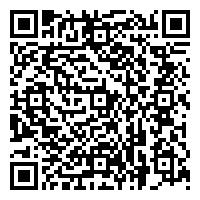