The 206 Eritrean illegal migrants currently detained in the Saharonim detention facility were to be released Sunday after the state failed to reach a deportation agreement with Uganda.

Last week, Israel’s High Court gave the state a five day extension period to find a suitable solution for those being held in the facility, following the recanting of the deal reached with the United Nations’ High Commissioner for Refugees by Prime Minister Binyamin Netanyahu, less than 24 hours after its announcement. Since the state has so far been unable to reach a deportation deal with Uganda, those being detained prior to deportation were to be freed.

MK Dov Khenin (Hadash), congratulated the government on the decision, saying, “We can’t detain innocents in order to pressure them to leave to countries where their lives are in danger. Now is the time adopt real plans for the rehabilitation of South Tel Aviv and for the disbursement and resettling of the asylum seekers throughout the country.”

Bayit Yehudi (Jewish Home) party chairman Naftali Bennett attacked the decision, saying, “Words will not take the illegal infiltrators out of South Tel Aviv. While the government is holding talks, the situation on the ground is only getting worse. Only a determined action will get the infiltrators out of Israel.” 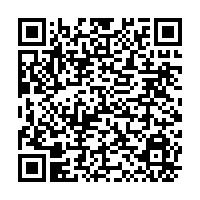